An Evening of Stand-Up Comedy 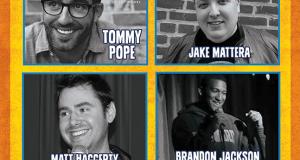 ***DATE CHANGE NOTICE***With what seems like an impending snow storm we have made the decision to push our evening of stand up comedy from 1/22 back one week to Friday 1/29. All tickets purchased will be honored.  If you are unable to attend the new date, please contact the Smyrna Opera House for a refund***

Blue Hen Comedy is returning to the Smyrna Opera House after their successful debut in September of this year. Get this one on your calendar because this time Brandon Jackson is bringing along Tommy Pope a rising star in the comedy world who is currently starring in the Comedy Central web series Delco Proper.

Headliner - Tommy Pope
Tommy Pope is a comedian, writer and actor. On stage, Tommy works in an entirely unique style that seamlessly blends observational humor with a wry intelligent subtext. Only 3 years into his comedy career, Tommy won the title of “Philly’s Phunniest” at Helium Comedy Club in 2011 and has since been touring nationally. In 2012, he was named a New Face in the prestigious Montreal's Just For Laughs Comedy Festival. Tommy recently filmed his television debut on AXSTV with Gotham's new standup series and he currently starring in the Comedy Central web series, Delco Proper.

Feature - Jake Mattera
Originally from Philadephia, Jake Mattera is a stand-up comedian and comedy writer. He has performed in sketches that have appeared on CONAN, and he has also written parody songs for the popular morning radio program, “The Preston and Steve Show”. Most recently, Jake was selected as a finalist in Helium Comedy’s 2014 Philly’s Phunniest competition.

Host - Matt Hagerty
Matt is the host of High Note Humor in South Jersey and rising comic in the Delaware valley.

This is a cooperative presentation of Gable Music Ventures and Smyrna Opera House. 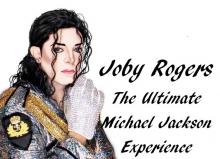